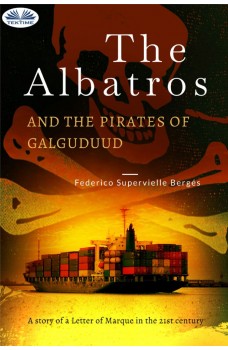 Imagine if Western countries lost control of sea lines of communication. What would a businessman be willing to do to protect his interests?

The pirate camps that pepper the coast of Somalia threaten to hijack any ship that comes near their waters and the developed countries don’t seem to be able to take a stand against the problem. The world’s energy industry is on the brink of collapse. Can a businessman battle with the pirates? Could the failed Somali State control its own coast? A young seaman from Cadiz running away from his own personal nightmares is chosen to do away with the magnate’s enemies, but he is not far enough away from his own past. As the events develop there is a much more complex plot behind the attacks. Without realizing it, Pablo finds himself being dragged into the midst of an international conspiracy in which he will have to rely solely on his crew and his ship, Albatros.